Travel across historic Central Balkan.During the visit it will be intoduced the mixed culture and common coexistence between the Balkan cities of  Nord Macedonia,Albania,Kosovo,Montenegro, Bosnia Herzegovina, Croatia,Serbia 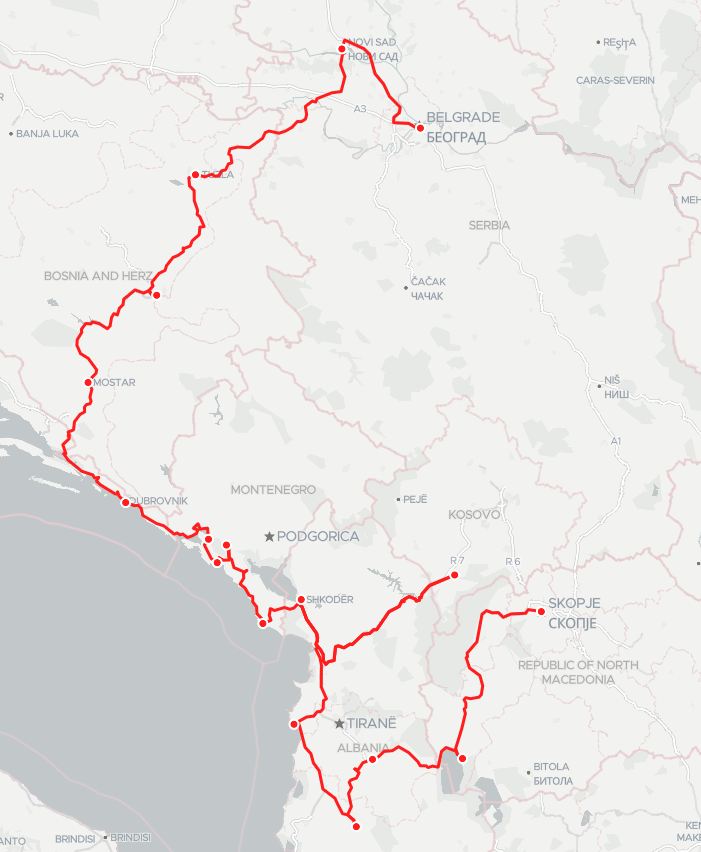